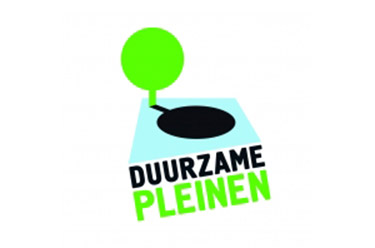 On the afternoon of Monday, the 9th of December, the conference, ‘The Square of the Future’, took place in Amsterdam. The program was based on the knowledge and experience acquired through the project, Sustainable Squares, carried out bySOMO, CREM and Humanrights@work’s Liesbeth Unger.

Around thirty architects, advisors, involved citizens and local government employees gathered for the meeting in the Pakhuis Willem de Zwijger.

Participation of residents and businesses

East Amsterdam Councillor NevinÖzütok opened with a clear report about the approach taken for the Beuken Square in East Amsterdam. Two years ago, he signed the declaration of intent to develop the square as sustainably as possible, within existing budgets and policy frameworks. Özütok emphasized that consultation and participation from square users such as residents and the business association were the basis of the successful result. The use of materials was also carefully considered with the use of FSC wood and baked cobblestones rather than dimension stone. The reason for the latter choice became clear later in the program.

Liesbeth Unger first took the audience through the findings and recommendations that came out of the project with the aid of a prezi. Paul van Hoek, the project leader for the redevelopment of the Beuken Square, then shared thepractical information gained through the project.

In a panel discussion, Toon Huijp of the Responsible Stone Program and Leonie Blokhuis from Stop Kinderarbeid (child labour) informed the audience about the challenges in the dimension stone sector. In the quarries in China and India where they cut much cheaper dimension stone as in Europe, child and slave labour is still present. East Amsterdam chose not to use dimension stone. But it would be undesirable to pull out of these countries because governments can ask suppliers from these countries to monitor working conditions and can exert their influence to ask for improvements.

Amsterdam West Councillor Dirk de Jager closed a varied and interactive conference. He emphasized that social issues should not be forgotten when considering all aspects of sustainable materials. Would you like to learn more about wood, concrete, stainless steel and dimension stone and their risks for the environment and population? Read the factsheets on the website www.duurzamepleinen.nl