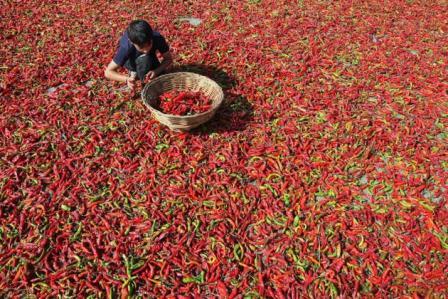 In the past few years, by order of several companies CREM has executed a number of projects aiming to analyse and eradicate child labour in supply chains. Firstly, this concerned metal supply chains, both primary metal ores and secondary metals, for which research took place in Peru and Ghana respectively. Secondly, the problem of child labour was assessed in a number of spices supply chains: cumin from Turkey, cardamom from Guatemala and turmeric from India.

Among other reasons, with these initiatives the companies wanted to take responsibility in the context of the IRBC Agreements for the metal and food sector (International Responsible Business Conduct) and anticipate new Dutch legislation obliging companies to map child labour risks in their supply chains (this legislation will probably be implemented on 1-1-2022). In these projects CREM also advised the companies to optimise their due diligence management. In addition, CREM has developed IRBC Due Diligence Toolkits for the metal and spices sector.

Recently, for Solina Netherlands and in cooperation with Spicemasters, Doens Food and the Royal Dutch Spices Association, CREM started a new ‘child labour’ project. This new initiative focuses on two specific supply chains: black pepper from Vietnam and chilli peppers from India. First local organisations (CCR-CSR in Vietnam and ICCO in India) will analyse the scope, severity and root causes of child labour. Based on his intelligence CREM will help to develop and implement action plans to eradicate child labour as much as possible. Also in this project we assist the companies in the consortium improving their due diligence management.

So far, the tourism industry undertook many efforts to eradicate the distressing problem of child prostitution. Dutch branch association ANVR, in collaboration with tour operator Riksja Travel, now took the initiative to also map more ‘regular’ forms of child labour in the hospitality sector and explore ways how it can contribute to eradicate this. To a large extent child labour in this sector takes place behind the scenes. For example, think of helpers in kitchens and laundries. In this project the focus is on child labour in Indonesia, specifically the region Yogyakarta (Central Java) and Bali. ECPAT Indonesia will conduct local research. CREM will play a similar role as in the above-mentioned spices project.